Bottle or Breast: Fed Is Best

]For the last 30 or so years, we have all heard that breastfeeding is the best way to ensure your baby is getting all their nutrients and the most out of their feedings. However, what we do not hear in popular media is that there is a good chance that your milk may not be in yet after you give birth; this being one of the main challenges to breastfeeding in the first few days after delivery. This is not your fault as your body is still getting ready to enter into Mom Mode. So, you may get your baby to latch, but if there is no milk there for him or her to drink, the baby is still hungry and frustrated. The preconception that you have to breastfeed to be a good mom has probably been on your mind all your life.

Contrary to what you have heard, read or been taught as you prepared for your newborn, “Breast isn’t Best”, Fed is Best. At the end of the day, what’s more important? That your baby latches and nurses or the assuredness that your baby is not hungry. This is by no means saying that you shouldn’t breastfeed at all, however, supplementing should be considered. So, if after breastfeeding you feel like your baby is not full, try a bottle. What is important is that you are listening to your baby and your body. No one knows you better than you.

The Fed Is Best campaign was created in 2016 by ER doctor Christie del Castillo-Hegyi, M.D. and lactation consultant Jody Segrave-Daly, R.N.. Their mission was simple but the most important to them, to promote safe breastfeeding and bottle-feeding support in order to counter the decades-long Breast is Best push for exclusive breastfeeding.

“Mothers are led to believe that it’s rare not to produce enough milk for their baby. In fact, it’s not rare,” says Segrave-Daly.

Studies show that 22 percent of moms who want to breastfeed experience delayed (by more than three days post-birth) milk production after childbirth; rates jump to 44 percent for first-time mothers.

“Mothers only hear about the benefits of breastfeeding, but never the downsides,” says del Castillo-Hegyi. For example: Compared to infants who get some formula, exclusively breastfed infants lose more weight during their first days of life and they’re more than twice as likely to be readmitted to the hospital after discharge.

Dr. Castillo-Hegyi has a background in newborn brain injury research and was an attending physician at the hospital where she gave birth to her son.  After a healthy pregnancy and a normal vaginal delivery, her son was placed on her chest and nursed on demand for about half an hour, every three hours. At discharge, the new parents were told that their son would be hungry and to keep nursing him, so she did all night long. He kept crying and latching and never fell asleep. By morning he had gone quiet. By the end of day three, he had lost almost 15% of his birth weight, but the exhausted parents were too tired to recognize the severity of this fact.

Successful breastfeeding was so important to Castillo-Hegyi that she went another full day of trying to feed her son before taking him to the lactation consultant who weighed his feed and realized she was producing no milk, even after pumping. Her son had gone nearly 4 days of continuously breastfeeding without actually drinking a drop. The damage was done, and her son was later diagnosed with severe language impairment, autism, ADHD, sensory processing disorder, low IQ, fine and gross motor delays.  He was later diagnosed with a seizure disorder associated with injury to the language area of the brain.

In an open letter to fellow doctors, Castillo-Hegyi writes, “While the literature cites poor education in breastfeeding as the cause of these starvation-related complications, in my research of breastfeeding mothers, it is the most educated in breastfeeding that are at highest risk.

The least educated will respond to a baby’s cry by offering a bottle.  The mothers that are most educated in breastfeeding are the ones who have been taught that offering just one bottle will ruin her breastfeeding and potentially harm her child.

I have learned that this is a distortion of reality created by breastfeeding education to pressure mothers to exclusively breastfeed that can put her child’s life at risk.”

The important thing to remember is that neither option is better than the other – breastfeeding or bottle. YOU and your BABY are the only important factors in this equation. Breast milk has undeniable benefits for you and your baby, it is simply not your only option. Especially in the early days after you give birth. Odds are that your milk will come in, but until it does, do not discount formula as an option.

What is a maternity consultant and what do they do?

Pregnant families should be fully involved in the planning and care of their pregnancy with all the information, support and advice from professionals who are 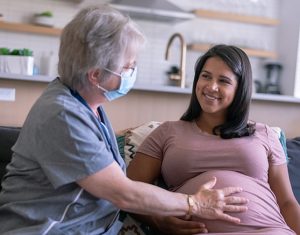 The loss of a baby is never easy regardless of the length of the pregnancy, stillborn, or age of the child. Grieving is important and 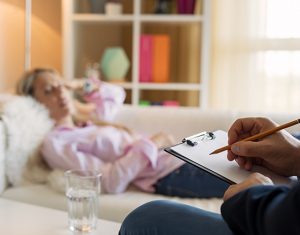 Should I hire a sleep consultant?

According to the National Sleep Foundation, a newborn should be sleeping 14-18 hours each day. Babies need significantly more sleep than adults to support their